When is something not just a joke? When it’s carried on too far, when people are actively upset. This is the time to draw a line and say no more, or at least nothing hurtful. This last week since the events around the Clash of Kings UK, I have sunk into a pit of depression and helplessness. Honestly near suicidal. This is not easy to write. 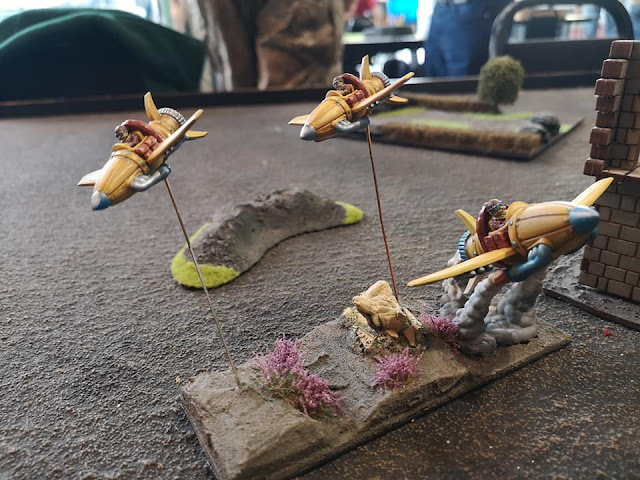 People know me on the scene and hopefully most would say I’m a nice enough guy, who gives a fun a tactical game. I like to take powerful lists usually focused on melee and speed. Preferably with less painting involved. :p

Back in August I was looking at the Halfling beta list on Easy army I noticed that Aeronuats were not irregular. I fed this back to the RC and was told they were going to leave it how it was for now, and see how it went.

In September I spoke with a good friend of mine Matt Hobday, the list had still not been updated, so Matt contacted Mantic direct and was told the list would not be changing, I also contacted Mantic and found the same. I knew they were going to be made irregular going forward so thought this would be a fun chance to take a very unusual army to Clash of Kings, hopefully one that would be fun for me and my opponents. (They are speed 7 without Nimble, so even a cavalry army would outpace me)

Also at the time of writing there was going to be no other changes to Aeronauts other than Irregular, so thought if the unit did turn out to be slightly too good (as I had reported in my feedback) It could be slightly nerfed. I have since been accused of lying for wanting to provide feedback because I did not run them as if it was irregular. I wanted to provide feedback on Aeronauts, not the specific list, and yes I wanted to take the strongest list I could.

I mentioned my list to one member of the RC and they had no issue with it, I mentioned it to another RC member and they thought it would be hilarious and actively encouraged me! Buoyed on by this I spent nearly all my free time for around 2 weeks painting and building the army.

On the day of list submission I get messaged by an RC member in front of a group of others who said I was being a dick taking the list. I felt shamed by this and somewhat confused, the other two RC had had no issue with it. Several people in that group reached out to me, saying they were on my side, and that it looked fun. I started to feel down, should I pull out, would others have a go at me? Chatting with the others we agreed it was so random I probably wouldn’t get more than say 4 wins, I agreed, but thought since Matt Hobday had printed the army for me, it’d still be fun at least.

I asked how the RC member had got my list and it turns out the RC had been sent my list, and at least 1 playing RC member in fact had all of our army lists, so they could “validate them”. I pointed out this was unfair, and was told by Mantic that all our lists would be made available. Knowing this, I decided to put my list and some pictures on KoW Fanatics for all to see.

The Feedback was mostly good, I got various likes and laughs. The majority left amusing comments/memes. However I got responses from two members RC saying the list did not look fun and from one that I was “Exploiting the F**k out of the list”… Again I was confused where the hate had come from, the other two RC I had spoken with previously had no issues.

Of course as it turned out the other lists were not posted, giving an unfair advantage to those who got to see and study them without anyone else even being made aware…

On arrival Friday I was told that an RC member had already been talking shit about me and my list, apparently, I was a dick for taking it. RC why did you not just change the bloody list if you had a problem with it being taken…

My weekend already tainted, I pressed ahead and finished painting the army.

6 games over the weekend, and mostly good games, I did get an outburst in one game saying I should just admit the list wasn’t fluffy and themed. I immediately said well sure it’s an insane bullshit spam list, I was joking... I was taken aback by the vitriol in this, from someone who is normally very mild mannered and friendly.

Many people take spam armies, be it Zombie, Badgers, Shooting spam, Knight armies. Do they get shamed and called a dick by multiple people? No or at least they shouldn’t be.

After the event, with everything that had occurred I felt pretty down. I’d brought a legal list and been shamed for it. I also did worse than if I had brought a normal balanced list. I ended up going 4 and 2, exactly as I and others expected.

I posted on Fanatics saying how random the army was and although fun I would not recommend it as a serious tournament army. I got a response saying that some of my opponents had not. This worried me as I want everyone to have fun, so I reached out, I got reassuring comments back from all bar the one person who had got upset in the game.

Now I do want to say here, that person did say how they normally enjoy playing against me, and I genuinely like the guy! However they said that “The overwhelming view I heard from people about the list, was that it was "a dick move, made to try and win the event at the expense of your opponents experience” also comments saying what I had said was rubbish. So now I didn’t know what to think.

I apologised in any case, and said I had no plan to bring such a list again, I felt more and more depressed with the whole situation. I considered reaching out, wrote something up. Then deleted it. I didn’t have enough emotional energy to keep refuting and arguing with people who decided quite unfairly I was a dick and a liar.

But that wasn’t the end of it. Over the next few days people posted comments about Themed Fluffy armies, some may have been jokes, but with everything over the weekend they hit me hard.

I dropped from a future tournament that would contain some of these people who had been/still are making toxic comments.

As of today there are still posts going up accusing me/Matt of lying and similar. Please everyone I can’t take this any more, can you stop.

All of the people who have made these comments are people I genuinely like, I just want to move on. Lets be friends everyone please, I’m in tears here…