Elksberg Offensive
This was a roughly even battle between myself an Dan Caltagirone, part of the ongoing campaign. He had 900 points and I had 600 + my King Barksain Boltstruck. (worth 320 points) 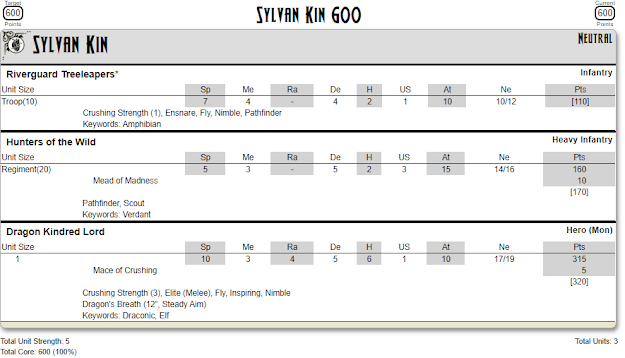 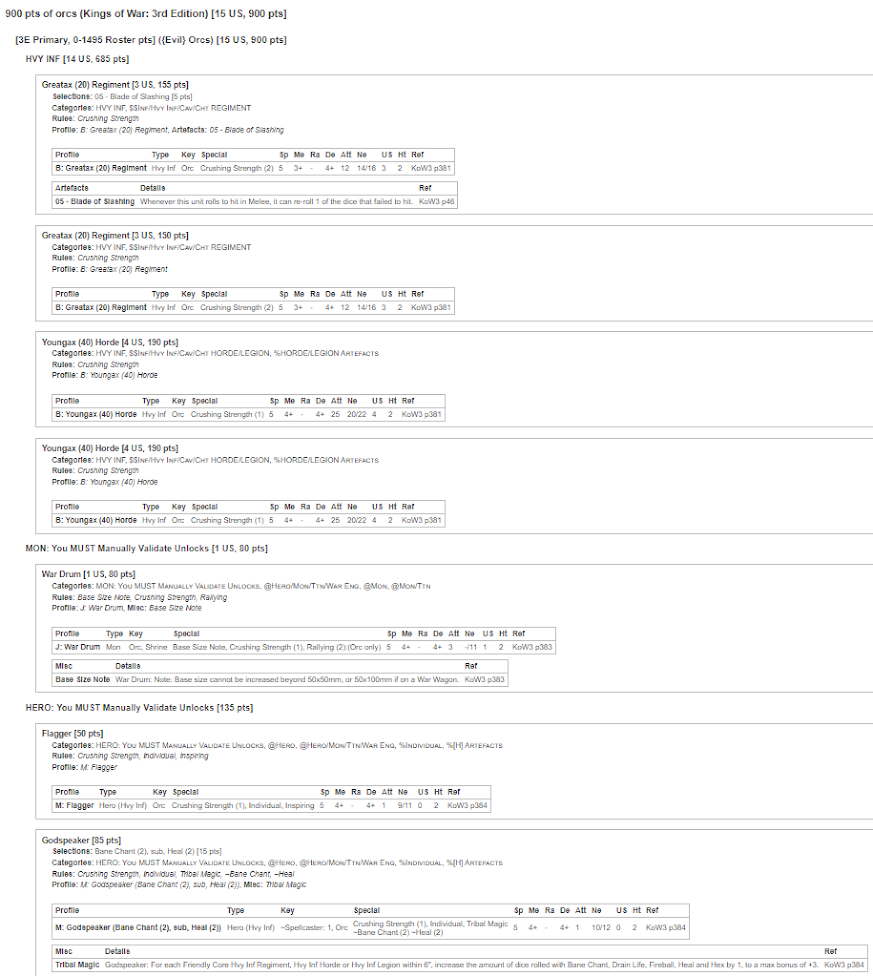 We played a Control on a 4' x 4' board. I mean Dan did, I played Kill. :p (If everything is dead you'll probably win the scenario)

Barksain Boltstruck pondered the situation as only a Tree Herder can. "Hmmm..." Several hours passed as he considered the vile confederation of Dust and the Orc. They had swarmed over his lands but then run away when he had expected an attack on his capital.
Perhaps the power of the Green Lady had scared them? This could be a good time to restore his former lands. Splitting his host, he left his ancient fortress under the control of Exemplar Julius Anguita - The Red Redeemer his liege lord and ruler of the Brotherhood of the Green Lady. Two of Barksain's armies were sent to recapture villages while he would venture forth, and return the town of Elksberg to it's proper place.
As he got closer he saw many Orcs gathering, this worried him as he'd thought hey had all fled the area. However they appeared dull and tired. They must have marched all night to be at the battle. This could be in his favour, perhaps they would make errors in their strategy?

Seizing the initiative Barksain and his small force sped forward, beginning to encircle the enemy, watching for weakness. He didn't have to wait long.
The Orcs slowly edged forward for the main, however one large group of impetuous Young Ax moved up, apparently ignoring Barksain! They seemed intent on the main force perhaps concentrating on the Dragon Lyffang?
Seeing the flank offered to him and deciding decisive action was the way forward, Barksain sped forward into the side of the foolish Orcs. Screaming with something between fear and anger, the Elf King Mai-Ladieral, on the Great green Dragon, Lyffang charged into the front of the Orcs along with their recently dscovered new allies, the Riverguard Treeleapers. The Orcs held for mere seconds before streaming away. Orcs scurried everywhere, routed with ease
The remaining Orcs seemed flabbergasted at this briefly, then a lone and either very brave or very stupid drummer, turned towards Barksain. Hoisting his drum up high he began to madly charge directly at Boltstruck himself! Surely this was doomed to failure? Somehow he swung his drum with enough force to slightly damage the oaken skin. The Orc was exultant! However seconds later, a green light burst out of Barksain, the Orc shielded his eyes and then... Unbelievably the Tree King was unmarred once again...
In typical form Mai-Ladieral on his mighty Dragon stood and watched as a group of Orcs with great bladed axes ran his way, and timing his defence terribly, the Orcs caused major wounds to his poor mount Lyffang, and even he suffered a long scvratch down his arm! "Arrggh!" he yelped, and as per previous battles he once again considered fleeing... "Back Lyffang!" He panicked. Looking round wildly he exhorted his Dragon to back away and take refuge in the nearby duck pond. Scattering the few wildfowl that we're currently hiding in the undergrowth. Mai-Ladieral looked around wildly with fear as a goose honked in his direction.
The far braver Riverguard Treeleapers, engaged the other unit of great axed Orcs, but somehow failed to do much too them, thier weapons not piercing the lightly armoured Orcs nearly as well as expected.
Barksain and the Hunters of the Wild seeing the distress of Mai-Ladieral both charged the flanks of the Great Axed Orcs routing them quickly. Barksain turned to Mai-Ladieral briefly. Seeing him standing in the duck pond dripping and cowering Barksain let out a deep sigh, if only his Elf allies could be more reliable...
The remaining great axed Orcs counter charged the Riverguard Treeleapers and routed them with ease, the frogs jumping away in all directions...
Barksain was too busy to note this however, as the final horde of young Orcs charged off the hill, their Godspeaker chanting to try to aid their vigor, but thankfully the impetuous Orcs ignored him. Their axes began to bite, however this wasn't enough to topple the ancient Tree Herder. 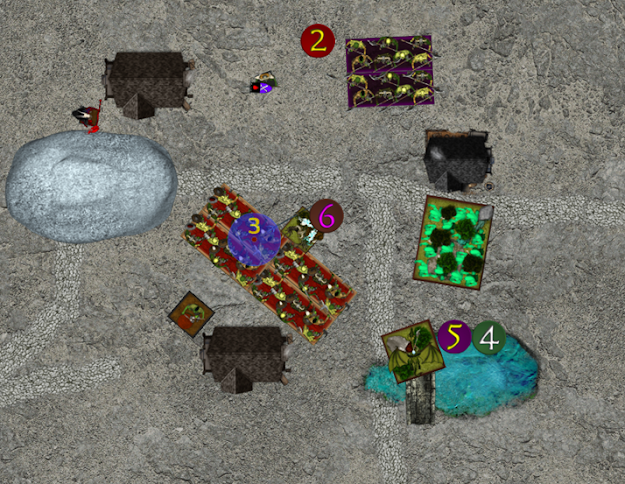 Mai-Ladieral was still feeling unsure about the situation, but Lyffang the powerful Dragon had had enough. Jumping forward he powered himself straight into the flank of the young Orcs causing terrible wounds with his claws, felling Orc after Orc with ease. Letting out a roar of wild excitement , Lyffang exulted as the few remaining Orcs fled. Mai-Ladieral barely holding onto the saddle above him let out a weak shout, and then dropped his weapon, which tumbled to ground. Barksain shook his head once again, perhaps he'd bring Kai, Mai's brother to battle next time...
Barksain then took a few seconds to deal with the plucky Orc and his drum, impressed with the drummers earlier bravery, he knocked him out rather than killing him, he doubted the Orc would have done the same. Turning he saw his Hunters of the Wild engaged with the last remaining Great axed Orcs, by the time he got there though the Orcs routed. The Orc Flagger went the same way.
As the battle ended the reluctant Mai-Ladieral decided it would be safer to encourage Lyffang to deal with the Godspeaker from afar, Lyffang shot huge gouts of flame towards the Orc over the building but most of it missed, and the battle for good or ill was done.

Elksberg had been recovered, the Orcs dispatched with ease but Barksain Boltstruck was not pleased. Seconds ago his scouts had returned news that the Armies of Dust and Orcs had tricked him, their retreat had been a bluff.
A mighty combined force, had in fact attacked his capital which he had left undefended bar for his allies the Brotherhood of the Green Lady. Was this the end or could Julius Anguita - The Red Redeemer, his now liege hold it for him? Surely the Green Lady had a plan... Or was this the end?
Posted by Daniel King at 04:51